Baking A Legacy Of Innovation And Imagination Since 1884

get in touch
Our mission
At Savor Street, we bake pretzels! Our family business has been making pretzels for over 145 years! Based out of Reading, Pennsylvania, we have a team of expert pretzel makers who have helped to keep the business running for all of these years. Despite our company's long history, we have continued to prioritize innovating and investing in our team, machinery, and capabilities to ensure the continued success of our legacy, customers and pretzel delicious-ness.

We are a family-run and family-founded business that has a strong commitment to giving back to the community. We support Autism Awareness and employ autistic adults throughout our company with the goal of making a positive impact in the world and inspiring others to do the same. Our combination of tradition and innovation, along with a heart for the community, makes Savor Street more than just a co-packer… It makes us an outstanding co-packer!

Learn More About Our History Below 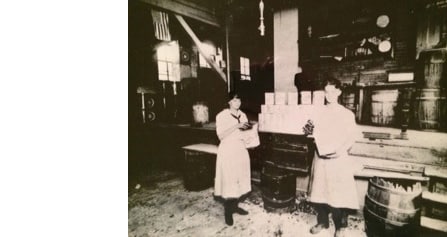 Joseph Sattler Bachman, the German-American founded the company in Reading, Pennsylvania with one small oven and one horse-drawn delivery cart. His product was hand-made and packed.
1923
January 1 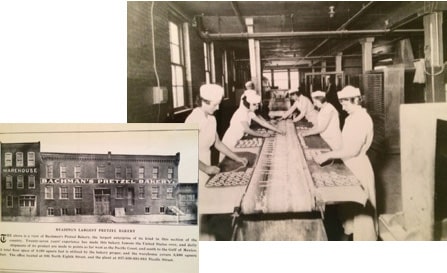 Bachman’s son, Francis, took over the business and introduced mass production techniques. The new Bachman plant, erected in 1934, was an industry showplace. The depressed economy of that year would not support such expansion, and by the end of 1934, Bachman Bakeries was bankrupt.
1934
January 2 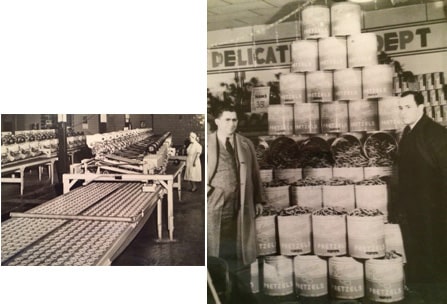 Art & Ray McGonigle purchased the company, reorganized it into Bachman Bakeries Corporation and build it into one of the largest snack companies in the country. The McGonigles added technological innovation. In 1936, Bachman engineer Jay Curtis invented the first automatic pretzel twisting machine. Today, Savor Street Foods is still producing an authentic twisted pretzel, while competitive pretzels are stamped or extruded. Other McGonigle innovations included the first use of mass merchandising and advertising in the snack business, the first use of cellophane packaging in snacks, the first ready-to-display shipping cases in the industry and the concept of offering a complete line of snack varieties to the consumer.
1950
January 2 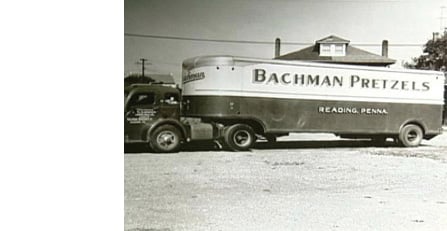 In 1956, Bachman incorporated as part of Helme Products, a New Jersey manufacturer of pipe and chewing tobacco. This was the beginning of a 20 year expansion program built on the notion of supplying the public with a complete selection of leisure products such as snacks, tobacco and candy.
1959
January 1

Nut snacks were introduced in 1959 with the acquisition of the Crown Nut Company.
1962
January 1

1962 saw the addition of more pretzel capacity (acquired Dutchess Pretzel of Bluffton, Indiana) and the introduction of corn-based snacks with the acquisition of Jack’s Tasty Snack Corp. of Oneida, NY. The cheese twist product, now called JAX, had and still has a significant market share in the northeast and quickly rivaled the pretzel for importance in the line. So critical was the addition of Jack’s Tasty Snack Corp., the company was renamed Bachman-Jack’s, Inc. between 1962 and 1968.
1963
January 2

The demands for the product line expansion and top quality standards were both met in 1963 with the acquisition of New England Popcorn. This Rhode Island company was well known for its popcorn and also for corn chips.
1966
January 7

Another landmark expansion took place in 1968 with the purchase of the Mayfair Foods Specialty Co. This Philiadelphia concern was in the frozen waffle business. Bachman management had the foresight to abandon the production and turn Mayfair’s full capacity into the manufacture of frozen soft pretzels. After realizing significant growth during the 1970’s, this operation was later divested in 1982.
1970
January 1

Only one snack segment remained to be developed for Bachman, and that was the largest, potato chips. In quick succession, four “chippers” joined the Bachman team…Valley Maid in eastern Pennsylvania (1969), King Cole Foods in New England (1970), the Treat Company of New York City (1971) and Schuler Potato Chips in Rochester, NY (1973). And in 1980, Bachman took over the distribution of Cain’s Potato Chips in New England.
1980
January 1 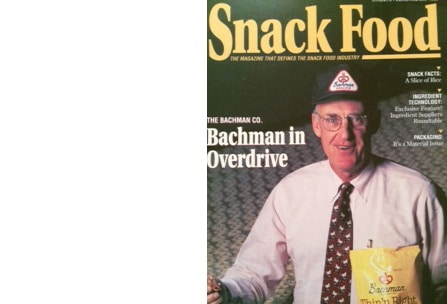 Bachman Foods, as it was known then, was among the most diversified, rapidly growing snack companies. The Culbro Corporation, whose principle business was cigars and tobacco products, took a keen interest in Helme for its tobacco facilities and for its profitable snack division. Unfortunately the integration was not successful for Culbro and Bachman Foods was divested in 1980. Bachman was purchased in 1980 by Joseph Francis Welch, a local Reading, Pa. entrepreneur who returned the company to its roots by restoring its headquarters to Reading. Over the course of the next thirty years Bachman Pretzels and Jax cheese curls continued to maintain leading market shares throughout the Northeast US.
1986
January 1

Bachman entered the tortilla chip category with the purchase of Zara Foods in Ephrata, Pa. In 1993, the company’s pretzel bakery was expanded again to add up to 4 more high speed production lines.
2012
January 2

Bachman’s CEO Scott Carpenter purchased the company in 2012. In that same year, the company was repositioned to focus on the burgeoning private label and co-pack snack markets. The company exited the potato chip and tortilla chip categories to focus on the growing baked, extruded and popcorn snack segments
2014
January 1 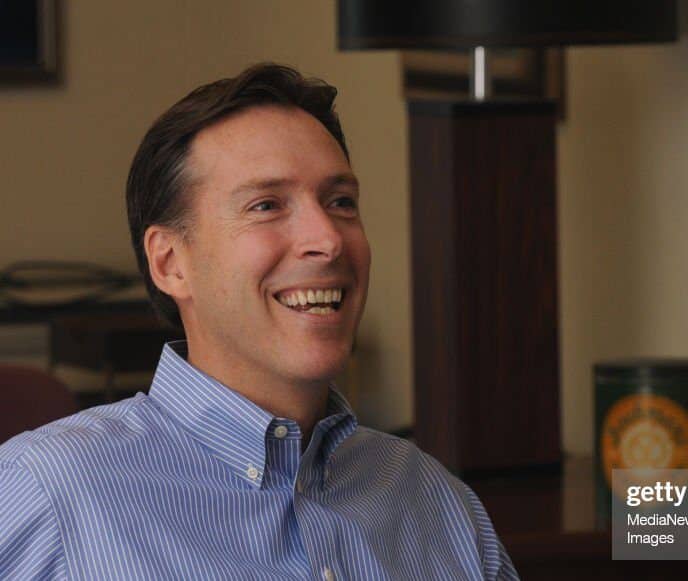 The Bachman and Jax brands were sold and the company name was changed to Savor Street Foods, Inc. In 2014, the company added a gluten-free baking line to address the growing demand for these products. And in 2015, the company expanded its range of extruded snack offerings.